What We Do
About Brooklyn
Free Consultation

New customers make businesses a success. Our marketing brings them to your door.

You get to focus on your work, because of our work.

Our clients were voted “Best in the Triangle.” So were we. (It’s not a coincidence).

We work with you at every stage to create the business you desire.

We’re always strategically looking ahead for your continued success.

Through unique branding & design, we make your business stand out.

We uncover new ways for practice owners to generate revenue in the ever-changing medical industry.

We help build successful dental practices by focusing on the quality of long-term patients served, not just the quantity.

As successful law practices focus on serving existing clients, we cover the marketing to generate sources of new business.

As most pets are treated as valued family members, we place great importance on emotional connections when marketing a veterinary practice.

We have proven tactics to get our healthcare companies found and convert prospective patients into existing ones.

"MARKETING SIMPLIFIED!
If it’s marketing-related, we take care of it. From strategy to design to delivery, we make it happen!"

Reaching your audience across all digital media.

Attracting and retaining the right customers.

Capturing the images to tell your story.

Writing fresh content to drive traffic to your site.


Our Service
Our WorkOur Work
Clients 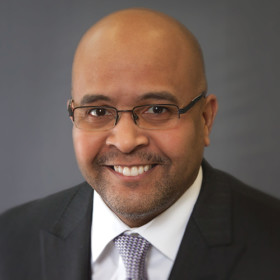 “We have been in Partnership with Precision Marketing Partners since February of 2015, and have experienced a dramatic increase in our client base and overall business profile. Greg, Jennifer and their staff are innovative and go the extra mile in delivering quality marketing services! I would definitely recommend them to anyone searching for a strong marketing firm.” 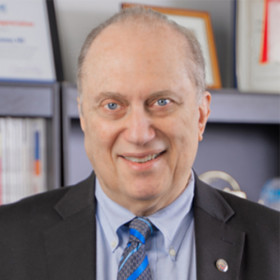 “Working with Greg Fawcett, Jennifer Setzer and others at PMP has been delightful and extremely valuable. PMP built my practice website, my educational center website and most recently the Rome Foundation website. The formatting and images are clear, distinctive and memorable. Their team is most responsive to my requests for changes and additions. I highly recommend PMP for any organization seeking high quality website design.” 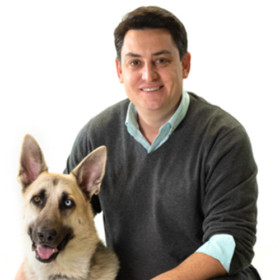 “PMP really listened to our company story and purpose and clearly understands what we are about. With that understanding, PMP has been able to implement a comprehensive strategy, with our continued involvement, that has effectively communicated to the community why we do what we do so as to attract new clients looking for an veterinary office that can provide them the type of experience that resonates with what they wish to have. This has allowed us to focus on other aspects of improving our business, knowing that PMP was confidently at the helm of our marketing efforts.”

Greg Fawcett, principal of Precision Marketing Partners, leads the marketing resources of the PMP team in helping clients achieve excellent results. With over 25 years of experience as a creative and marketing professional, both as an independent business owner, and as an employee, Greg is especially adept at discovering marketing opportunities to help organizations enhance their image and visibility.

Greg takes a consultative role with clients, partnering with them to achieve quality business growth. Together with his business partner, Jen Setzer, they develop and implement marketing strategies, delivering creative and fresh campaigns to the client’s target market. Greg’s numerous awards, including two Addy Awards, reflect the creativity and technical proficiency he brings to every project. As founder and principal, Greg continues to consult with clients on how to attract the right customers. He advises clients on creating messages to stand out in their customers’ minds. He has a passion to truly make a difference for his clients and help build their businesses.

Greg married his high school sweetheart, Maren, that he met when he was 15 years old. He has 3 boys, Ryan, Kyle and Evan that have all flown the coop and living in Charlotte and Boone, NC.

Greg attends church at The Summit Church in Apex, NC and truly believes in the principle of paying it forward for the cause of Christ. He knows that each day has its challenges, but believes that all things work together for good for those that love The Lord (Romans 8:28).

Proverbs 20:24
The Lord directs our steps, so why try to understand everything along the way?

Jen Setzer is a principal and serves as the Chief Client Advocate with Precision Marketing Partners. With over 20 years of experience as a business management consultant and executive coach, the value that Jen delivers to customers is tremendous. She is naturally intuitive and insightful about what will help a client grow their business. She has always been idea driven and creatively focused and loves spinning compelling messages and campaigns that drive new business and keep existing business engaged.

Jen is in tune with and always checking on a company’s alignment with its core values and goals; keeping an eye on the present and how it is shaping the desired future. Jen brings a depth of communication intelligence to Precision Marketing clients who have a high touch service to provide and wish to earn raving fans. Her mantra for clients is to say what you do and do what you say so others will want to come, play and stay.

Jen earned her undergraduate and graduate degrees in communication studies at UNC Chapel Hill and served on the faculty of Duke University’s Fuqua School of Business in Management Communication before building a successful business management consulting firm and joining Greg at Precision Marketing Partners. She lives with her two adored dogs in Chapel Hill, NC.

Jodie is our all talented, creative and versatile website developer and graphic designer with over twenty-five years of experience. Working in the four elements of functionality, design, content, and SEO, she can do just about anything we ask of her, except for cloning herself, which none of us has yet figured out.

Jodie has worked with marketing agencies, manufacturing companies, and restaurants, as well as publications. She has experience across the spectrum of marketing, including events, social media, advertising, email marketing, webinars, press releases, case studies, white papers, print collateral and more. With all of this experience, Jodie has racked up several awards. Two of these Most Valuable Marketing awards were from Pactera and NouvEON.

Having lived at the South Carolina shore and Cabo San Lucas, Mexico, Jodie is now residing in the mountains of North Carolina. We like to say, “We’re in good hands with Jodie DuBreuil.”

Nikki Shafer is a dynamo. Nikki has experience in project management, editing / writing, and the ever-shifting currents of social media marketing where she found her passion. After additional  intensive training, Nikki took up the mantle of social media manager for PMP. Nikki’s natural business sense, combined with her responsiveness and warmth, make her a favorite with our clients. Earlier in her life she trained and worked as both a dental assistant and a substance abuse counselor. These experiences give her added knowledge and insight when working with our clients in these related fields.

Nikki hails from the Buckeye State. She grew up in Cleveland and attended Ohio State University before living in Kansas City for 11 years. In 2008, she returned to Cary for a second time with her husband and children. Nikki volunteers in a leadership capacity with 100 Women Who Give a Hoot, a non-profit, membership-based giving circle that raises money for local charities http://100whogive.com/.

Susan earned her bachelor’s degree at the University of North Carolina at Chapel Hill in Journalism and English. She’s been a copywriter for more than a decade, working at large ad agencies in Chicago to smaller in-house agencies in N.C.

Susan has created marketing campaigns, websites, videos, TV spots, radio, and all types of ads for innovative brands like IBM, Chobani, Valassis, Lowe’s and Discover Card. She cast both Steve Carell and Jane Lynch in her very first television campaign and enjoys adding humor to most of her writing.

Her inquisitive nature supported her interviewing skills at the Chicago Sun-Times and during a large video shoot at Sysco headquarters, which she also directed. She holds several Silver Microphone awards for two ad campaigns. Her favorite award, though, is her “Best Tennis Captain” award from 2009.

She writes several blogs, reworks websites, and is well-versed in content optimization. Studying improv at Second City, and now locally with the Comedy Conservatory, has helped her think outside the box and develop effective, creative concepts for our clients. Susan can write you the perfect tagline whenever you want one.

Rob’s digital marketing career began in 2002 by working with the largest SEO company in the world, Marketsmart Interactive, serving more than 1000 clients during his tenure. As he would do time and again through his career, Rob developed & implemented SEO strategy/execution playbooks for maximum efficiency and consistent quality results.

His career progressed through several digital and search marketing agencies like ChanelAdvisor and Trimark Digital as a team builder and leader, driving excellence. The clients he served included national and regional brands such as GNC, Lumber Liquidators, Toys R Us, JoS. A. Bank, Under Armour, Kohler and Window World.

Rob’s experience also includes running multimillion-dollar ecommerce sites: PerformanceBike.com & BikeNashbar.com. Rob holds a BA from The University of Texas at Austin with a concentration in International Business and a minor in Russian Studies. Although a native Texan, for the past twenty years Rob and his wife Lisa, with children Mac & Cate, and yellow lab Cooper, have called Raleigh home.

Anora McGaha is a digital marketing specialist who has been studying SEO since 2008. She has seven years of website design with WordPress and 11 years of content development and SEO.

Anora grew up overseas in a diplomatic family. Anora has primarily worked in analytical roles in globally known organizations like Chemical Bank, Liberty Mutual Insurance, MIT Sloan School of Business, the US Government’s Health and Human Services, and SAS Institute. Her master’s degree is in international business from The Fletcher School at Tufts, and she has a BA in Chinese from UMass Amherst. She moved to The Triangle in 2003 and now lives in Cary, with her husband Martin. Her son, Jason, is a photographer in San Francisco.

We’re pleased to have Graphic Designer Mikail Dingle on the PMP team. Mikail is our go-to man for professional portraits, group shots, B-roll video, and eye-popping photographs for our clients’ websites and online use. “I connect with an audience on a personal level,” Mikail says. “I seek to understand why they respond to a particular subject and how it affects them. I want to be a part of the change in people’s lives by communicating and expressing ideas that reach hearts, minds and souls.”

Mikail is fluent in Spanish, has his associate’s degree in advertising and graphic design from Wake Tech with a certificate in Adobe Photoshop. He’s adept in Adobe Illustrator and InDesign. When he’s not with clients, or editing videos and photographs, Mikail plays guitar, and other instruments. He volunteers generously at church.

Our Raleigh marketing firm is at your service.
Please give us a call or fill out the form to schedule your free consultation.

Fill out my online form.